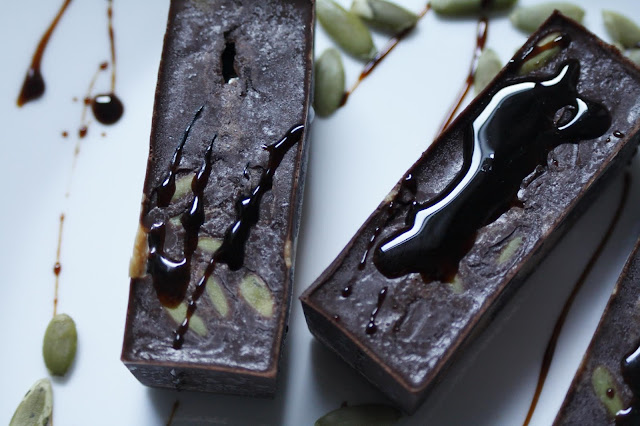 It's been a while! I made alot of chocolate and I ran a marathon on Sunday-my second NYC marathon. It was difficult yet epic but totally worth it. I drew strength from my family who was waiting for me close to the finish line but most of all I drew strength from myself. I just did not want to give up. More on that in another blog post!


I am so into blackstrap molasses lately. Trader Joe's sells it so I bought it to replace maple syrup (which it does and doesn't) but also for the added iron it has. These chocolate bars are 30% of your iron when you factor in the molasses and cocoa. I made these kind of healthy by adding some pumpkin seeds for some added crunch. If I had more ingredients like raisins or dates, I would have made them chewier. 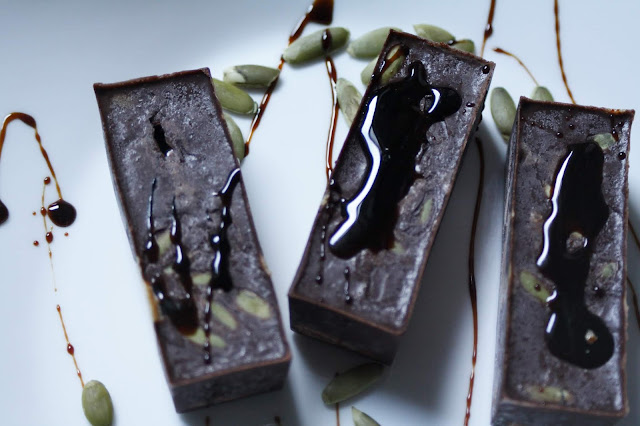 So I made these bars with peanut butter as the filling and, dare I say, I used way too much. Which made me consider ordering cocoa butter in the future. I'm not feeling the peanut butter or almond butter as an ingredient for chocolate. You definitely need a butter in there but I want to start experimenting with different ones-so cocoa it is. Or even coconut butter. I'm probably ordering them tonight! Ok-I took a break from writing this and purchased cocoa and coconut butter. Another recipe will be coming your way. 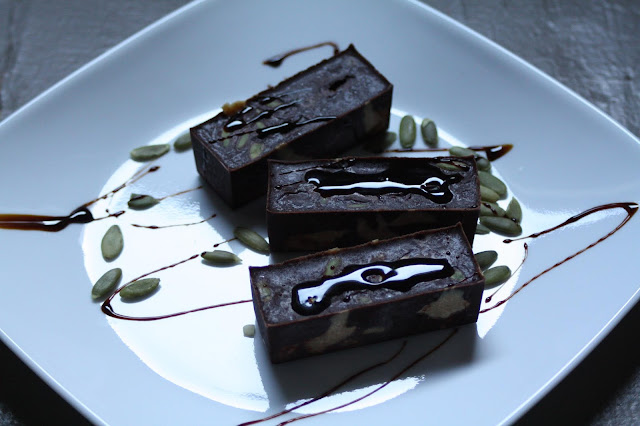 I made peanut butter as the filling for these chocolates but like I said, I used too much (yeah you can do that) so I tweaked the recipe here a little bit. You only need a little bit of peanut butter- the chocolate is the star of the show in this recipe.

Melt the coconut oil, cocoa powder, molasses and nut butter in a small saucepan. Keep the heat on low and stir. Take out bar molds. Spoon a little chocolate in the bottom of one of the bar molds. Put a little dollop of peanut butter on top then pour more chocolate on top to cover the peanut butter. Sprinkle some pumpkin seeds on top along with some sea salt. Keep layering a little chocolate, a little pb, some more chocolate then the pumpkin seeds and sea salt until the chocolate is gone. I made 6 bars. I also drizzled some more molasses on top but this is optional. Freeze immediately. They will freeze rather quickly, which is good for you. 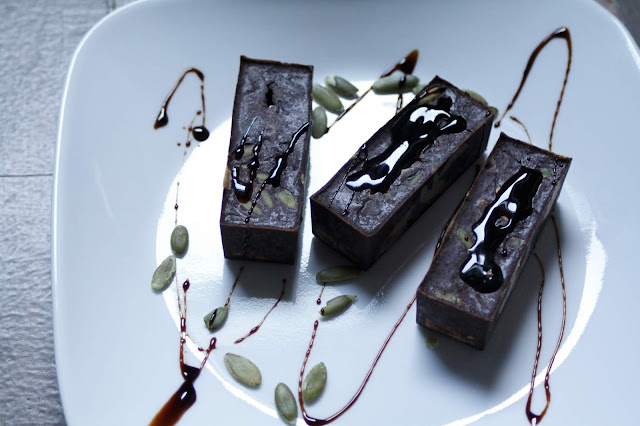