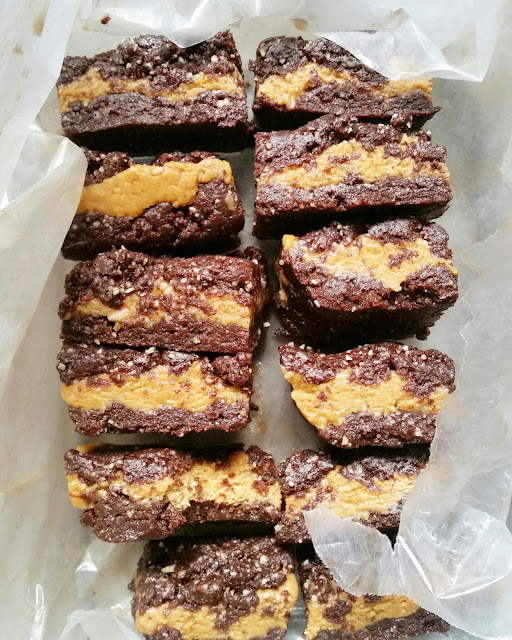 Ok, so I no sooner posted about not doing much in the kitchen when I got busy making these brownie bars. The first bite you take tastes like raisins and peanut butter but as you get chewing, you can taste the chocolate and chewiness. I love any dessert you can just whip up in your food processor and then freeze.

It's pretty convenient to have frozen desserts in your freezer that you can grab and enjoy-that is, if you can resist eating too many. I get these cravings at times when I just want to make a dessert both for the experience of enjoying it but also making it and then blogging it. That's what makes blogging fun, you get to taste what you make but you learn a new recipe along the way as well as learn about which ingredients do and don't go well together. I'm always trying to improve my caramel recipe without using dates but so far I just end up making sweet peanut butter. It's fine though-no dessert is ever a waste of time!

I used raisins instead of dates for these brownies because I only had raisins on hand and I'm loving them lately. They are also more easily available in grocery stores and you can pretty much find raisins anywhere. I love me some dates but I'm trying to have a backup on hand when Trader Joe's runs out of them! Raisins are tart, though, and can overpower a recipe if you add too many so I advise you to add them slowly when making the brownies and taste test along the way.

Put the nuts, cocoa and 1/2 cup of raisins in your food processor. Process until it starts to become a sticky mixture. Add the rest of the raisins slowly and only if needed. If you add too many, the brownie becomes too tart. See the brownie texture below in this picture? That's what you're aiming for. Mix everything by hand. The mixture will become a thicker, less runny peanut butter that is sweet and thick. You can eliminate the peanut butter powder if you don't have it. 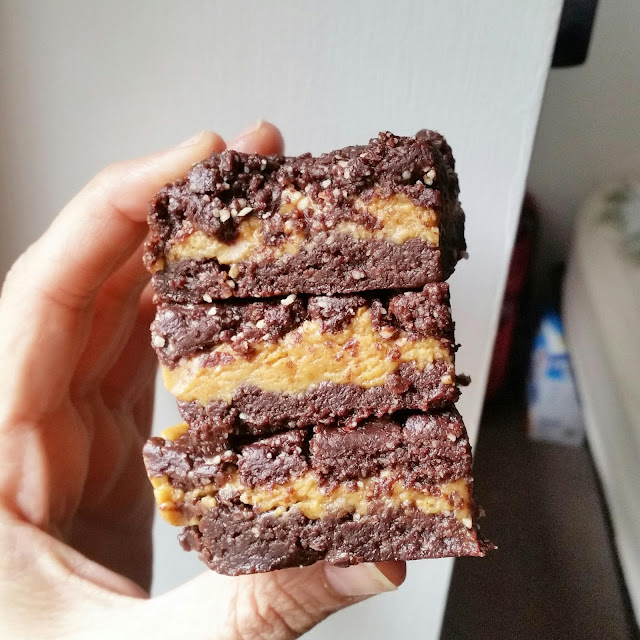