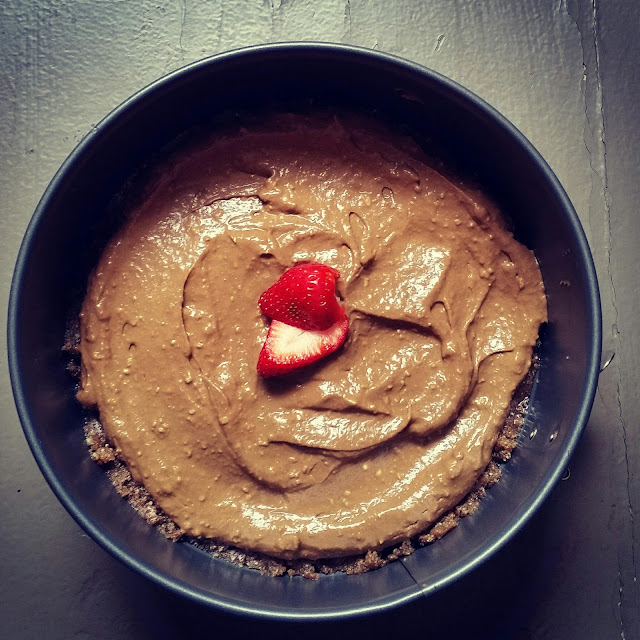 My mom bought me a cuisinart food processor that is much bigger than my old one. I'm in the process of perfecting my gelato recipe and I decided to make a chocolate pie while I was thinking about raw desserts. I used pecans for the crust and I never realized how oily they can be. These were raw pieces of pecans that I purchased yesterday. But the crust is insanely yum so let me just say if raw desserts tempt you to splurge more than you should, place the pie immediately in the freezer after making it. It's got an oooy gooy crust and a chocolate peanut butter bomb taste for the filling. Break this one out for your next party so you can impress the non vegans. I've made this pie before so I wanted to try a different crust but the filling is my chocolate avocado pudding filling that you just can't go wrong with. This recipe requires no bananas unless you want them.

Blend the dates, chia seeds and pecans in your food processor until it forms a nice, moist, sticky crust. Press the crust into a pie pan and set aside. Blend the filling ingredients until its a smooth chocolate pudding consistency. Spoon the filling on top of the crust. Refrigerator an hour before serving or freeze for later consumption. Or if you're like me, eat some of it them freeze it! This is another winning recipe to take to a summer BBQ because its easy and everyone pretty much loves chocolate and peanut butter. 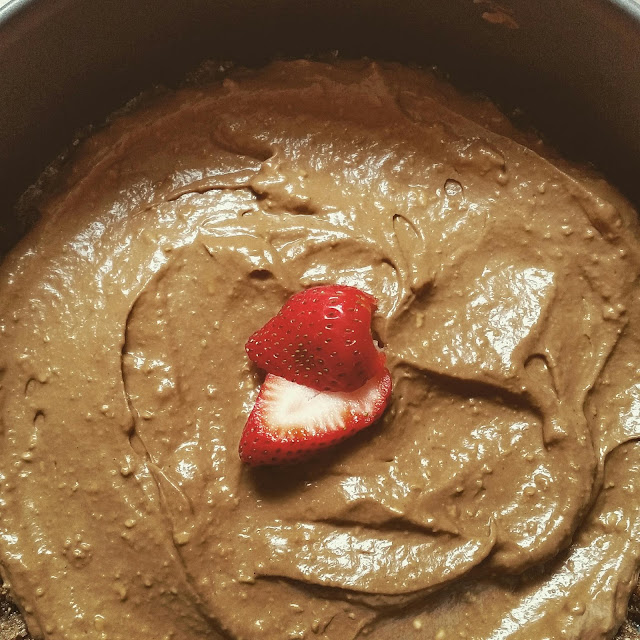